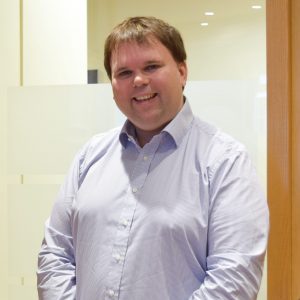 Career: Aiden started off his career in AIB where he spent over 3 years working within the Wealth Management Division in Westmoreland Street, Dublin 2 as a Relationship Manager to High Net Worth Individuals and gained invaluable experience in doing so. Aiden then joined International Property Firm, Savills where he spent over 4 years working within the Development Land Division where he was part of team of 10 who transacted over one billion euros worth of property from 2006 – 2009. During his time with Savills, Aiden attended DIT (Dublin Institute of Technology) on a part time basis where he gained a BSC in Property Studies. Aiden joined ACE Life & Pensions in 2009, the business which his father Aiden Snr established in 1987 and Aiden Jnr has continued the tradition of providing exemplary customer service together with honesty and knowledge in all aspects of Life, Pensions & Investments, all vital principles that his father introduced when he established ACE Life & Pensions in 1987.

Personal Life: Aiden is married to Clare who is a Chartered Accountant and they are proud parents to their baby daughter Lillie. Aiden enjoys a range of sports including, golf, rugby and soccer, especially his beloved Aston Villa! Favourite sporting memories include being in Twickenham on Paddy’s Day 2018 to witness Irelands famous Grand Slam win. Least favourite sporting memory is a toss up between being in Paris for Henry’s hand ball in November 2009 or being in Wembley for Aston Villas play off final defeat to Fulham in May 2018, both memorable days for the wrong reasons!

Good Read Recommendations: Aiden is a major fan of auto-biographies and is currently reading Open by Andre Agassi.

You may be surprised to learn: ACE stands for Aiden Charles Egan our company founder who established ACE Life & Pensions in 1987.